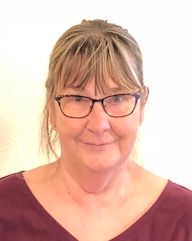 Vicki Von Loh has been a Nebraska Master Naturalist since July 2012 and volunteers with educational programs at local schools and many other volunteer opportunities in the Lincoln/Omaha/Elwood area.

Vicki retired from the Department of Veterans Affairs in 2014 and moved home to Elwood, Nebraska. She served in the Nebraska Army National Guard and U.S. Army Reserve and retired in 2004. She is a member of the executive committee of Employer Support to the Guard and Reserve (ESGR) and serves as the Ombudsman Director.  She is a member of American Legion Post #290 and works part time as the Gosper County Veterans Service Officer.

Ongoing support is important to enabling projects to continue their work, so we encourage donors to continue to contribute to projects over time. But if you must cancel your recurring donation, please notify us.